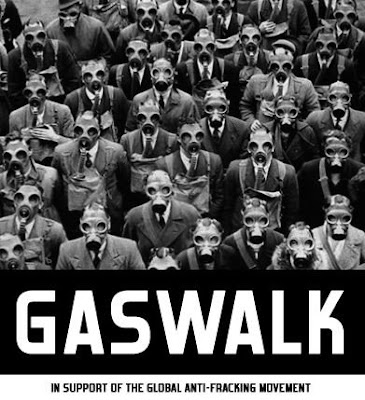 FRACKING TOUCHES WOMAN, IT HAS TOUCHED A ROCK!

A group of Capetonians, initiated by renowned photographer Kian Erikson, has organised GASWALK, a protest march against fracking, in partnership with NPOs Climate Justice Campaign and Earthlife Africa CT.

The procession through the streets of Cape Town will take place on Women’s Day, August 9, to raise awareness of the threat that fracking poses to the most vulnerable in society, specifically women and children.

“The quality of our environment is fundamental to the quality of life of our people. Our constitution guarantees every South African the right to a clean, healthy environment”, says Muna Lakhani of Earthlife Africa. “The hydraulic fracturing planned in most of South Africa’s land mass, from the Karoo to the Drakensberg, directly threatens the quality of our air and water, and thereby the health and wellbeing of our people. Resource extraction has made corporations and an elite rich, but local communities remain poor, and are most at risk from the environmental destruction caused by fossil fuel extraction.”

“Worldwide, more and more people are calling for a global ban on fracking, as the threat to clean air and water supplies, and the devastating environmental and social cost, is becoming evident. We are calling on our government to ban fracking, in order to protect our vulnerable water resources and the quality of the air we breathe”, adds Kian Erikson.

Hydraulic fracturing requires enormous quantities of water mixed with toxic chemicals. The industry has not indicated where they will get this water, or how they propose to dispose of the highly toxic fracking wastewater, which leaches radioactivity from underground, along with endocrine disrupting volatile organic compounds (VOC’s), methane and carcinogenic (cancer-causing) fracking fluids.

“The disposal of fracking wastewater poses an additional threat to water contamination. The methods used in the USA, which include injecting it deep undergound, open evaporation ponds, trucking the waste water to municipal water plants, which then discharge it into rivers, spraying it onto roads and fields, etc, all pose serious risks to local communities” says Marina Louw of Climate Justice Campaign.

“Accidents do happen, despite legislation existing to prevent them. In Beaufort West, residents are currently sucking up petrol in their boreholes, apparently from fuel that leaked from filling stations decades ago. Once the underground aquifer is contaminated, it is impossible to clean”, adds Louw.

In interviews that Climate Justice Campaign did in the Karoo recently, it became clear that people from poorer communities were mostly uniformed and unaware of the proposed fracking in the area, or the threat that it poses to their well-being, while those who were informed were vehemently against it.

“I don’t think fracking is a good idea”, said a gentleman from Beaufort West who identified himself as Lionel, “because our water resources here are very low, and fracking takes millions of litres to break the rock, and our water table will not allow it. We have just had a hell of a drought here, where people from all over the country had to bring us water.”

Many people also a commented on the fact that there is little air pollution in the Karoo and that they would like to keep it that way. Hans Maans and Anna Jacobs of Laingsburg said that the Karoo was a very special place in which to stay, because it is so peaceful, and the area is not ‘sick’ with pollution.

In Beaufort West, two mothers cradling small babies, Edna and Thembi, both said they had never heard of the plans to frack or how it would affect them, while Zanele, who had also never heard of fracking prior to the interview, was more vocal:

“I want to know, if they are planning something like this, why don’t they organise a meeting with the local community, to tell them what their plans are, so that the community can decide whether they want it or not. Now they are going to do things that we don’t know about.”

“In the words of Sandra Steingraber, the water we give our children every day ‘becomes their blood plasma, it becomes their tears, it becomes their cerebral spinal fluid’. What if this water has been contaminated by radioactive and endocrine disrupting fracking wastewater? Or if the air they breathe has dangerously high ozone levels? Can we really afford to jeopardise the health of future generations in a part of the country that, due to climate change, is likely to become even more arid in coming decades?” asks Louw.

The GASWALK will start at 11h00 from the Natural History Museum in the Company Gardens , where participants will gather from 10h30. The route will proceed down Long Street, turn into Strand Street and back to the Company Gardens via Adderley Street. All are welcome.