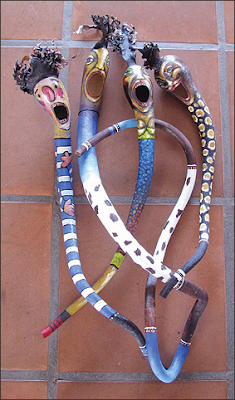 Try a Kelpvuvu for your world cup celebrations. These plastic free vuvuzela’s made from kelp are 100% biodegradable.

Other great green initiatives around the World Cup include the Nelson Mandela Bay stadium which is the first wind powered stadium ever to host a World Cup event. Also check out this solar powered Public Viewing Area in Jericho village Brits.

According to a Norwegian government study, the carbon footprint of World Cup 2010 will be six times that of the previous competition four years ago in Germany. The majority of carbon was caused in the build up to the tournament and not from the influx of fans flying in from around the world. Read the full article here.