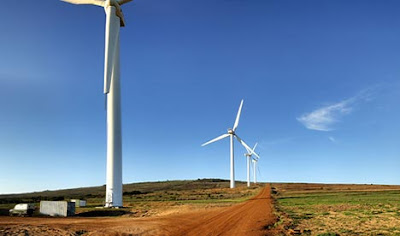 According to Greenpeace’s newly released Advanced Energy [R]evolution Report, about 150 000 new jobs can be created in South Africa in the renewable energy sector over the next 20 years.

A renewable energy project which will see the methane emissions from 5 landfills around Johannesburg being converted into electricity and fed into the municipal grid, should be up and running soon. More from Waste Revolution.

According to this article from the Guardian, 2010 was the year of extreme weather. It was the
“hottest, wettest, and in many cases also the driest and coldest in recorded history.”

And just in case you weren’t already convinced, scientists at a recent meeting of the International Program on the State of the Ocean (IPSO) have warned that global warming, overfishing and plastic pollution are causing a drastic decline in the state of ocean health at an alarming rate. More from Reuters

A recent study, Plastics and Food Sources: Dietary Intervention to Reduce BPA and DEHP has found that buying fresh, unpackaged foods and avoiding the use of plastic food processing and storage equipment reduces exposure to BPA and DEHP.

This article states that it is best to avoid plastics completely when it comes to food, and that regardless of the type of plastic used, chemicals leach from plastics into food at microwave temperatures.