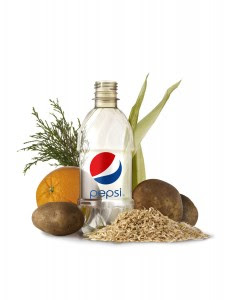 Are Eco -Bottles the next Big Beverage Battle? Asks this article. With PepsiCo having recently “cracked the code” on a commercially viable bottle made from 100 percent bio-based plant materials and Coca-Cola Co also working on various plant-based bottles it looks like it very well could be.

Its not just beverage companies that are going biodegradable. Scientists in Brazil are turning agricultural waste into car parts (more on this here), and scientists from the US are making bioplastic from cow bones and chicken feathers (creepy but true!)

South Africans saved 350 mega watts of electricity by switching off their lights for Earth Hour on 26 March. That’s enough electricity to power the city of Bloemfontein/ Manguang for a whole day. Read more from Independent Online.

The first meeting in the campaign to ban plastic bags from South Africa was held at the Two Oceans’ Aquarium in Cape Town on 30 March 2011. Find out more from Green Times.

Researchers have attributed the rise in thyroid disease, including thyroid cancer, to environmental factors such as pesticides and some chemicals used in plastics and flame retardant. Read more here.