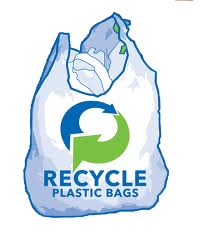 The plastic bag creates a huge amount of plastic waste and with some minor changes to our daily routine, we can do without it. South Africa introduced a plastic bag levy in 2004 in an attempt to reduce plastic bag consumption. Other countries have done the same and report much better success than we’ve had.

According to Patch “In San Francisco plastic bag use was reduced by 78% after a fee was instituted.  Washington DC saw a 60% reduction of plastic bag litter in the Anacostia River following the implementation of a 5 cent fee. Ireland’s bag ban fee reduced plastic bag usage by 90% in the first year and raised over $18 million.”

According to a paper from the University of Cape Town on the Analysis of the Plastic Bag Levy in South Africa, we’ve had less success in South Africa.  Following the initial short-term drop in plastic bag consumption, we became used to paying for plastic bags and demand began to increase again. The tax did not change consumer behaviour.

If the tax reflects what the consumer is already feeling, then it just serves as a reminder of their sentiment.  A good public awareness media campaign will help to increase awareness.  If the consumer is reluctant to change, a small tax will have an initial shock effect but no real long-term impact.

So why is the South African consumer not concerned about reducing their use of the plastic bag? The plastic bag is useful for many South African consumers. It is fondly referred to as a plastic or Checkers. It can be used as a rubbish bag and for carrying personal belongings, especially for those that cannot afford the alternative cloth reusable bags. Furthermore the price of a plastic bag is not high enough to dissuade purchase.

At GreenHome, we think the problem can be tackled with:

What do you think?