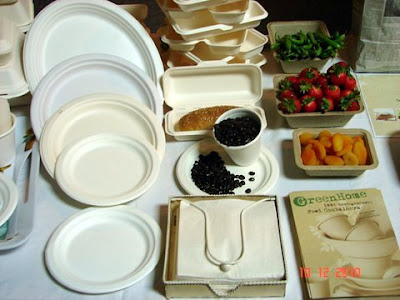 The Story of Stuff event held at Bayworld, Port Elizabeth on 10th December began life as a discussion between Bayworld representative Michelle du Toit and Green Home E.C. agent Khaled El-Jabi, about the damage plastic and polystyrene products cause to marine ecology. The effect of this specific pollution is so dramatic and damaging that it was felt an educational event to raise awareness in the local community about the damage caused and the alternatives available would be very beneficial.

The event started with a penguin and seal show where the animals displayed their skills and intelligence to an enthralled crowd. At the close of their display, the seals were asked to collect plastic trash that had been introduced to their pool and to display visually how animals could get caught up in plastic and how often plastic can be mistaken for food. Green Home’s biodegradable packaging was then introduced to the animals and they were asked to collect it and take it to their bins while the trainers explained to the visitors the benefits of biodegradable packaging. The seals played with the packaging and threw boxes into the crowds amidst great applause. 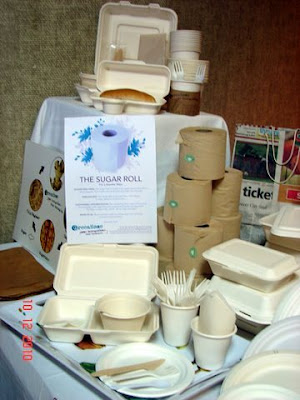 Following this display, visitors viewed the film ‘The Story of Stuff’ which illustrates where “stuff” comes from and what happens to it when it is discarded. This was followed by a presentation by Bayworld staff vividly illustrating sea life in trouble due to plastic pollution. Green Home products were then shown to the audience and a short presentation was given to explain the benefits of biodegradable and compostable packaging. Green Home’s 100% biodegrdable packaging has now been placed into a salt water and a mangrove display tank where it will stay until it has fully biodegraded . Plastic materials have also been put into each display to show how it doesn’t break down. Hopefully the displays will educate visitors to the Aquarium about the dangers of plastics and show them that an alternative is readily available. 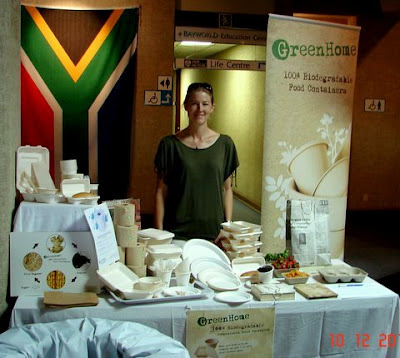