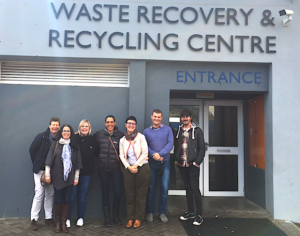 When last did you think about waste management? It’s not a sexy topic. Which is probably why it tends to get ignored. But we all create waste, and collectively, it causes serious problems.

Fortunately, there are people paying attention, and working to bring about change.

The V&A Waterfront is at the cutting edge of waste management in SA. They’re so dedicated to getting it right they built a new Waste Recovery & Recycling Centre, which took 9 months (and R16 million) to construct, creating 12 new jobs after completion. The facility has been operational since January – and we were very excited to check it out. Luckily, their operations manager, Petro Myburgh, agreed to have us for a visit.

Managing waste is no easy task. We humans have developed terrible waste habits. Terrible habit number one (aside from producing so much in the first place) is tossing everything in the same bin – creating a big soggy mess. Food waste contaminates the dry recyclables. And organic waste can’t be composted if it’s mixed with rubbish.

The solution is clear. We need to separate waste streams at source (aka source separation).

The GREEN HOME team saw how the Waterfront are going all out to achieve this. They have a 3-bin system, waste tracking and incentives for their tenants to source separate. Plus they sort both wet and dry waste on-site at their centre.

After being separated, organic food waste is composted (woop!) at Waste to Food. And garden waste is composted at Zero to Landfill organics. Separated recyclables are, of course, sent to recyclers. Since the facility opened in January the Waterfront have managed to more than double the amount of waste they divert from landfill – and this figure remains on a steady upward trajectory.

They’re achieving this through a combination of low-tech (manual sorting) and high-tech (computerised tracking and logging) techniques, giving them detailed information on waste flows. This ability to track and map waste shows them what’s working and where problems arise, allowing them to better streamline operations. And it provides detailed data on all the waste they process.

The GREEN HOME team found it fascinating to step behind the scenes and see this system in action. We’re hoping the example set by the Waterfront will pave the way for many others to use more creative and effective ways to increase composting and recycling, and divert more waste from landfill. 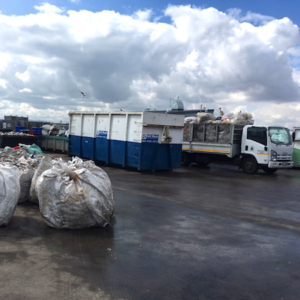 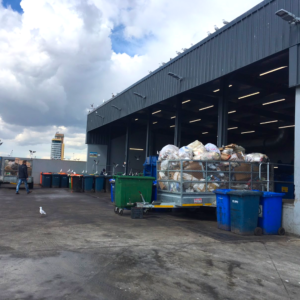 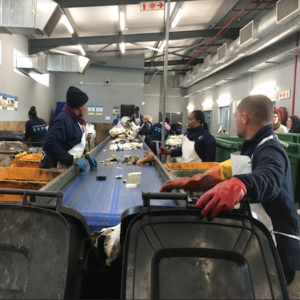 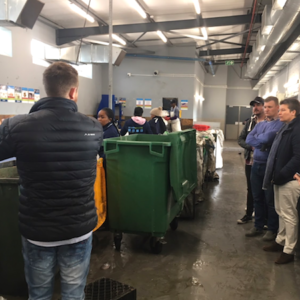