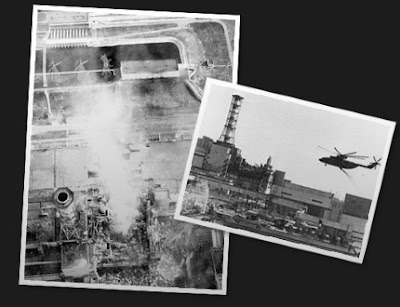 A Salute to Radiation workers everywhere. – Japanese Consul to receive messages of condolence and concern from local anti-nuclear groups.

The ongoing disaster at the Fukushima Daiichi plant could not have come at a more poignant moment. While the world’s attention is focused on this unfolding catastrophe we must remember to contextualise current events in light of the past. The 26th of April, 46 days after the start of the ongoing Fukushima nuclear crises, marks the 25th year after at similar disaster in Chernobyl, Ukraine. How tragic to witness, 25 years on, a repeat of the desperation that drives men and women into a working environment that they know will kill them, with Chernobyl now being assessed as being responsible for nearly a million deaths, and with the total fuel at Fukushima many times that of Chernobyl. 1,760 tons of nuclear fuel versus just 180 tons at Chernobyl, implying a potential impact some 10 times greater from the current disaster is, but which is becoming more difficult to quantify as the Fukushima accident is already ranked as a level 7 disaster which is where the scale for such events ends.

Our hearts must go out to the “Fukushima 50”. Four teams of 50 brave workers who, on a daily basis, expose themselves to massive quantities of radiation to help avert a total meltdown. Instead of learning lessons from the Japanese experience before we aggressively pursue more nuclear options in South Africa, government approved the Integrated Resource Plan (IRP2) (that will make nuclear power the single biggest contributor of new future capacity to our national grid), within the first week of the Fukushima disaster. This, when almost every other country with new nuclear build plans are taking a step back, and indeed, reducing and cancelling such plans, as in China and Germany.

“South Africa has an array of alternative, renewable energy supplies that are cheaper, create more jobs, contribute less to climate change and don’t leave us with a multi-100,000 year waste legacy, said Muna Lakhani, Earthlife Africa’s Cape Town anti-nuclear spokesperson. “It is time that we reawaken the spirit of the Struggle and remind ourselves that we do have the power to shape our future.”

“Around Fukushima Daiichi Station, on March 23rd, they measured 400 millisieverts – that’s per hour. With this measurement (Chief Cabinet Secretary) Edano admitted for the first time that there was a danger to health, but he didn’t explain what this means. All of the information media are at fault here I think. They are saying stupid things like, why, we are exposed to radiation all the time in our daily life, we get radiation from outer space. But that’s one millisievert per year. A year has 365 days, a day has 24 hours; multiply 365 by 24, you get 8760. Multiply the 400 millisieverts by that, you get 3,500,000 the normal dose. You call that safe? And what media have reported this? None. They compare it to a CT scan, which is over in an instant; that has nothing to do with it,” said Hirose Takashi, well known author on the nuclear industry.

Independent scientists are warning, contrary to statements from the talking heads on corporate media outlets who say Japan is not Chernobyl, that the levels of radioactive material being released in from Japan’s nuclear fallout already rivals Chernobyl levels as at the end of March.

In a more local vein, Earthlife Africa’s Cape Town branch secretary, Gray Maguire, said: “Six months after 90 Koeberg workers were contaminated by radioactive Cobolt-51, our leaders have yet to announce the names of the members of the panel of inquiry supposedly convened to look into the accident. What confidence do we have that even the current problems can be resolved, far less the imposition of even more nuclear radiation, when the alternatives are cheaper and create more decent work for our people?”

To this end, members of the media and of the public are invited to a number of events in the run up to Chernobyl Day (26th April). Earthlife Africa Cape Town will be hosting a number of events to raise awareness about the outcomes of our recently approved IRP2; information linked to the global and local nuclear industry and a way forward.

* 18th April – Monday (12:00pm to 14:00pm – Pier Square, Heerengracht Street, Cape Town, with handover at 1:00pm). – A demonstration of concern about the events at Fukushima, a commemoration of the legacy of Chernobyl, a protest against the IRP2 and the submission of statement of solidarity, of condolence and concern, to the Japanese Consul in sympathy with their plight. Activities include an art installation, music and related activities.

* 21st April – Thursday (6:15pm at the Labia on Orange) Screening of the documentary “The Nuclear Comeback” with a facilitated discussion afterwards.