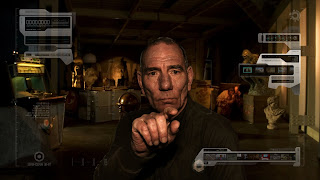 The critically-acclaimed documentary The Age of Stupid about global warming and climate change will be screened at The Labia Cinema on Orange Street on Monday 21 September at 8.30 pm and on Tuesday 22 September at 6.15 pm.

The Age of Stupid is the new documentary from the Director of ‘McLibel’ and the Producer of the Oscar-winning ‘One Day in September’. This enormously ambitious drama-documentary-animation hybrid stars Oscar-nominated Pete Postlethwaite as an old man living in the devastated world of 2055, watching ‘archive’ footage from 2008 and asking himself: “Why didn’t we stop climate change while we had the chance?”

The soundtrack features music by Radiohead and Depeche Mode.

The screenings are part of a global premiere which will take place on the same days in over 40 countries around the globe.